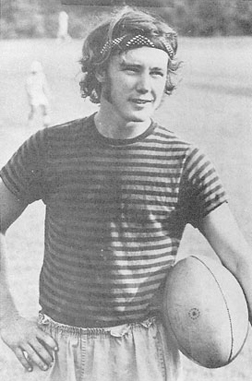 “Representing the Rugby Club in the Fairfield University Athletic Hall of Fame is an honor which is, besides my family, the thing I am most proud of in my life.”

Inducted in 1991, Christopher Galvin was the first club rugby player to attain Fairfield University Athletic Hall of Fame honors. A great scorer and assist-man in each of his four seasons (1968-1972), he played inside center and fly half positions. Chris served as captain and player-coach in 1971 and 1972. A leader and teacher of his teammates and fellow students, he was a three-year starter on the A -team, winning the Doug Ciacci Award in 1972. In that same year, Chris was the Fairfield University Alumni Association Club Athlete Award winner. He was elected by former rugby players to the club’s Hall of Honor in 1988.

One of the founders and current board member of Friends of Fairfield Rugby, Chris is a retired high school teacher. He currently owns a videography business – www.weallhavestories.com. He is married to Mary Jane Dorrian -’75 and they have three children: Dorrian, Brendan, and Timothy. 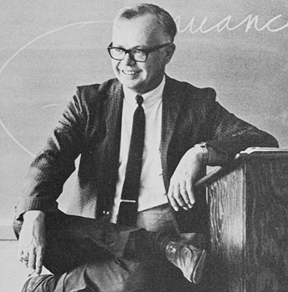 PID made countless contributions to the rugby club and Fairfield athletics, including his involvement from the inception of the club in 1963 to his appointment as moderator from 1968 through 1989. From the beginning, he valued and supported the club’s philosophy: to emphasize teamwork over individual startdom, contribution more than victory, and loyalty to the club and each other.

PID was more than a believer in this philosophy; he was its chief caretaker and #1 proponent. While he respectfully allowed the club to conduct its day-to-day operations independently, he was always available to convey the “big picture” to the team, keeping alive its rich history and ensuring its future for years to come. As club moderator, he established a selection process for who would play in each game based on a scoring system of what is known as the “three A’s” – attendance, attitude and ability – and this system is still in use.

He played an integral role in Fairfield athletics, but was also a supportive faculty member in the history department. PID was inducted into the Hall of Fame in the rugby club’s 40th anniversary year. 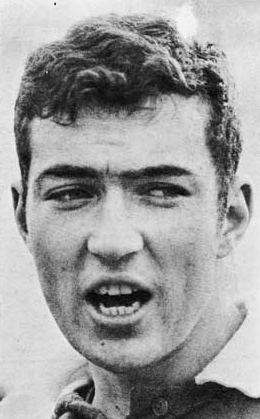 “I know that this honor is not mine as much as it is that of the Fairfield Rugby Football Club’s.  I am tonight representing 50 years of rugby history, and perhaps even more specifically a very select group of men.  All of us in the Fairfield rugby community know that there are more deserving men and women for this individual honor and we believe as surely as I am standing here this evening that those deserving players will soon be recognized.”

A four-year member of the Fairfield University Rugby Football Club, William H. Connolly helped mold the program into one of the top clubs in the college ranks. On the field, Connolly helped lead the Rugby Club to one of its best years in school history when the 1968-69 edition posted a 12-3-1 record that included wins over Villanova and Holy Cross.

He served the as the team’s president that year, one year removed from being the team treasurer in 1967-68. It was during his term as club president that he made his mark by organizing the dedication of Lt. Hans Grauert Memorial Field, the first collegiate field in the country that was dedicated to the sport of rugby.

Connolly remained active in the sport after he left his alma mater, founding the Essex Rugby Club in 1970. As he did at Fairfield, Connolly not only played but was the key administrator to the club, serving the organization as its president. Under his guidance, the team captured the New York Met Union championship in 1976 by posting an undefeated season. He would go on to coach the New York Met Union select team from 1977-83, which included a tour of England.

Read an article about Bill Connolly in the FU Magazine 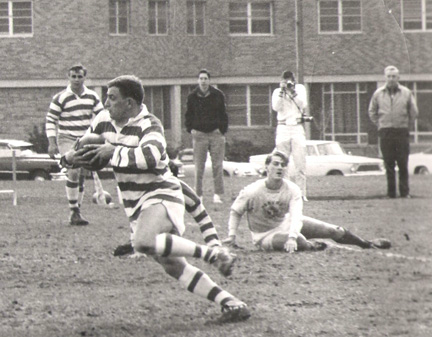 Doug Ciacci ’65 was inducted posthumously into the Class of 2015 Fairfield University Athletic Hall of Fame. Doug was a co-founder of the Fairfield University Rugby Football Club as an undergraduate during the autumn of 1963. Doug’s leadership and sheer force of personality helped launch the club and send it on its way to 50 years of athletic achievements and special memories for thousands of Fairfield alumni. He was named the team captain in his senior year, serving as the team leader and on-field coach in that role. He not only led the Red Ruggers to victories over established college and city teams – incredible for such a young team – but he gained a reputation as one of the best players at his position (scrum half) in the Eastern Rugby Union. Such is the regard for Doug in the club that its annual men’s team MVP award is named after him, the highest honor for a Red Rugger at Fairfield. Tragically, Doug passed away two years after his graduation. At the Hall of Fame Induction Ceremony, Doug was represented by his college roommate and close family friend, Bill Crawford ’65, and Pete Fallon ’65, Founder of the club and the team’s first captain. 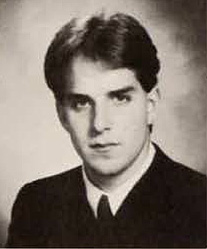 “I learned many valuable lessons from my experiences at Fairfield. Skill work would be critical to my further advancement and I would have to arrive early at practice to improve. Fitness was my responsibility and I would have to motivate myself to be better than my peers. I also learned rugby was a lifestyle as well as a sport. A great writer once wrote, “Does rugby attract the type of people I want to be around, or do the rigors of the game mold people into players and like-minded folks?” I think it was a combination of both at Fairfield.”

Read Paul’s article in its entirety at this link.

Paul began his rugby career as a sophomore in 1983, scoring a try in his first appearance as a 3rd side player. He went on to play a key role in the 1984 and 1985 teams as a wing and a fullback. These teams were among the finest in FURFC history, winning a total of 23 games in 2 years. Paul was the team’s leading scorer during his senior year, and after graduating immediately began playing for the Washington DC RFC, one of the nation’s strongest sides. He participated as a first team player on this powerhouse team that won numerous tournaments around the country during his 7-year tenure.

Paul was named Most Valuable Back at the National Club Championship Finals in 1991. He played 20 matches representing the Eastern Rugby Union, an all star-team that, at that time, was among the dominant rugby units in the country.

Paul continues to contribute to the sport he loves as assistant coach at Gonzaga High School, Washington DC, where his sons have been standout players.